Shaping and establishing the modern education system has been a lengthy process, which can be roughly compared to the time needed to form the present-day society. However, we've already spoken on this subject here, so this time we are going to share with you some thoughts and findings regarding modern educational methods. 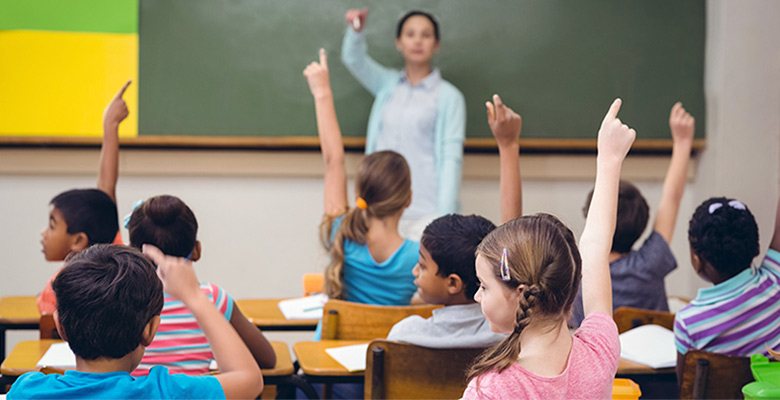 As it turns out, STEM is not the only way to make learning more effective, efficient and fun!

Behaviorism as a pedagogical concept was incredibly popular in the 20th century. These days it receives more criticism than acceptance, but still many teachers and psychologists use behaviorist approaches in their work. We should say that this could even happen unconsciously. 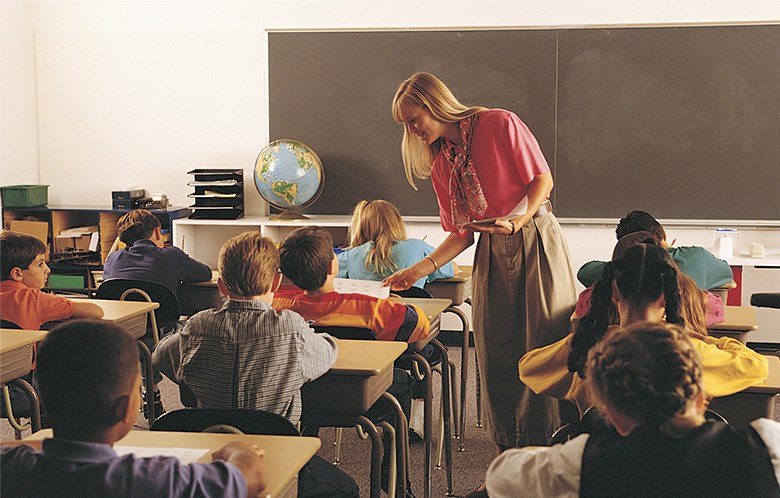 Behaviorists claim a human being is like an animal or a machine that has certain behavior patterns. This means the human reactions to external stimuli may be regulated and predicted. However, at present it’s commonly known that a person can act unpredictably when anything unforeseen happens. Besides, behaviorism is now often described as a one-dimensional approach not accounting for internal influences (moods or feelings) and free will.

Still, changes need time. If we look at education rituals in an average school, we’ll see that teachers still have curricula for the week, month, year. These common traditions, as well as carrot and stick approach to motivation derive from the behavioral paradigm. In such a system, teachers tend to encourage good behavior and reproach the bad one.

Adults raised under these conditions often feel comfortable and confident in their profession only when they are strictly controlled. The fact is that carrot and stick approach may discipline kids but still remains joyless and lifeless. Behaviorism doesn’t care for children’s creative skills and their independence. Instead, it gives turnkey solutions and turns a teacher into a warden.

The Sudbury Valley School is a place with no classes, lessons, exams or fixed studies duration. There’s no division into elementary, middle and high school either. What’s more, kids can wear anything they want and come to school at any time with no rebuke. So why Sudbury? What’s the secret? 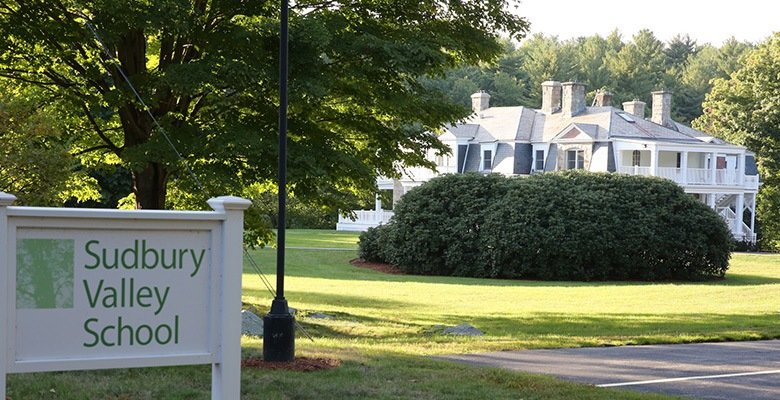 Before answering that question, let’s dive into history. Sudbury Valley school was founded in 1968 in a small town Framingham near Sudbury, Massachusetts. The first trial classes were held in the summer, just before the school year started. The trial-trip was so successful that the school went on functioning and developing. These days Sudbury schools operate all around the world. In addition to schools in the USA, there are hundreds of them in Japan, Denmark, the Netherlands, Germany, Belgium, and other countries.

The secret to success is the democratic approach and trust in kids’ cognitive and creative abilities. Students are taught to be responsible for their studies and education. Studying at Sudbury Valley School means you can do whatever you want. Sure, you can learn physics or math, but there’s an alternative, for example, cooking, fishing or riding a bicycle.

The founders and followers of the Sudbury method believe that the only way to live democratically is to be immersed in democratic traditions and values since the first years of school.

Maria Montessori was one of the first women in Italy to get a Ph.D. in Pedagogy. In 1907, she opened her first school in Rome offering innovative upbringing and education traditions. Her approach appealed to both Italian kids and their parents. As the founder of the school, Maria Montessori was traveling the world to spread her ideas. As a result, several thousand Montessori schools opened in more than 100 countries around the world. 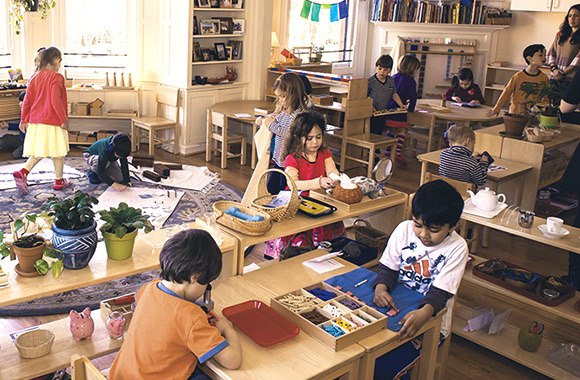 The method is based on three pillars, namely a child, a teacher, and atmosphere. As Montessori said, learning is a natural process enhanced by a kid’s own experience, not by lessons or teaching.  Every human being has a natural craving for knowledge, so the teacher only needs to create a comfortable atmosphere and prepare teaching materials.

The Montessori Method involves different-aged kids studying in one group. Older kids can teach younger ones, and by doing so learn themselves.

The Waldorf Method was shaped by an Austrian scientist Rudolf Steiner. He believed the education system demanded drastic changes after the First World War. He expressed these ideas in his essay “The Education of the Child” (1907). Two years later Steiner received an invitation to lecture to the workers’ kids at the Waldorf-Astoria cigarette factory in Stuttgart. That formed a basis for the Waldorf School emergence. Later Steiner went to Oxford where his ideas were welcomed with enthusiasm, which led to opening Waldorf schools in Britain. Today more than a thousand schools of this type operate throughout the world.

The Waldorf method is based on training kids’ creative skills. Students don't get marks and never get to do homework. You won’t find computers or other electronics in the classrooms, and you won’t find modern furniture either. Learning is focused on the environmental study. Students spend a lot of time outdoors and often use natural materials while studying, like wool, wax, sand, wood, and so on. 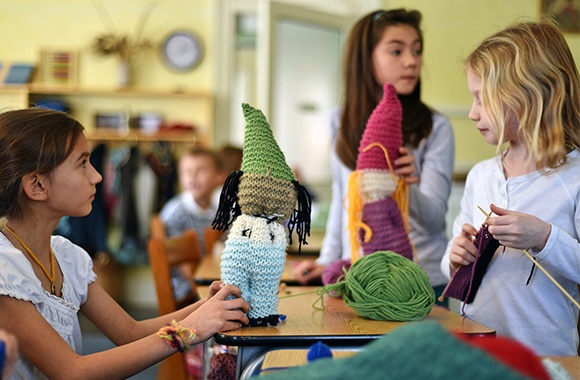 Waldorf method followers believe learning is primarily the development of a child’s soul, body and spirit.

In the first half of the 20th century, Edward Harkness, an oil tycoon and philanthropist, suggested reconsidering the usual way of placing desks in a classroom. As it turned out, students don’t have to look at each other’s backs all the time, and the teacher doesn’t have to stand in front of the blackboard throughout the class.

As a result, the Harkness method appeared. Here students and the teacher are sitting all together at a big oval table. This method is actively used in many British and US schools and shows its efficiency primarily while studying liberal arts in small groups of up to 15 people. 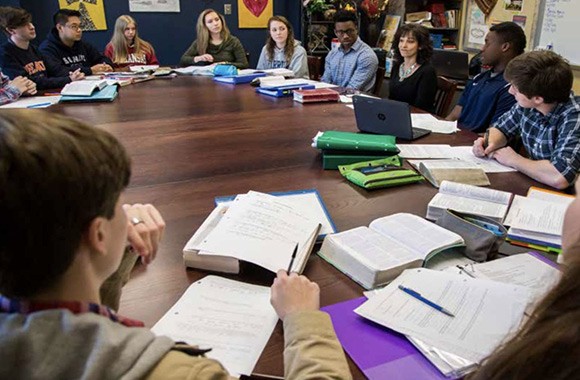 The Harkness method gives kids the ability to debate freely, which is in fact its main advantage. A teacher only needs to guide the course of the conversation giving new topics for discussion. Everyone can speak out, express their opinion, and it will be heard without judgement. This creates an atmosphere where it’s hard to remain silent! Besides, kids have a valid reason to develop critical thinking, and they learn to defend their ideas. The teacher here acts more like the moderator or facilitator of the learning process.

It’s important to note that every method has its pros and cons. While one lacks freedom, the other would work better with a bit more of discipline. Still, we live in the time of alternatives – more teachers realize the uniqueness of every child and the heart of education is love and respect for students’ needs.