How People Learned and Taught in the Past Centuries

Pedagogical System: the Crux of the Matter

According to the great encyclopedic dictionaries and reputable scientists, the pedagogical system is a set of various interrelated structural components, combined to provide nurturing and education for children, youth, and adults. In simple terms, this is what helps people teach others and get knowledge.

Education systems have been changing over time, but their cornerstone has always been training a person to live in the world. Interestingly, every living thing with a nervous system can learn. However, a human ability to use the language helped them go far ahead of all other creatures.

How It All Began

The turning point was around 7000 BC. At that time, humanity moved from hunting and gathering to cattle breeding and farming. People started mastering different crafts. They were learning how to work the stone, and were creating new tools, making pottery and weaving cloth. The progress required special training so that new generations could preserve and develop what had been accomplished.

The first institutions for kids’ education appeared in the third millennium BC in Egypt and Mesopotamia. The word “school” (from Greek σχολή - scholē, a “place in which leisure is employed”) appeared much later. We wonder if modern kids would agree with the original meaning of this word!

The Ancient History and the Middle Ages

During the Ancient Age, there were two main education systems, namely, the Ancient Eastern and Ancient Greek system. The first one relates to Egypt, Mesopotamia, India, and China. Teachers at that date taught mainly writing and history in those countries. The second system, Ancient Greek system, refers to Greece and Rome, and features three types – Spartan, Roman and Athens education, with each of them having its own features. 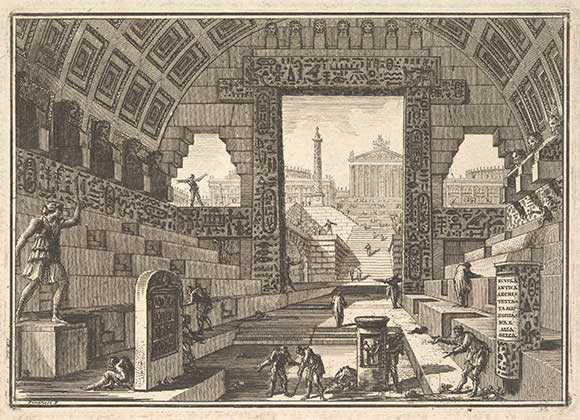 In Sparta, education was based on the military physical training of a person loyal to his state. Other two systems were civic in nature. In Roman schools, for examples, pupils were taught to be ready to sacrifice their lives for the sake of the state and support the state values, e.g., feeling contempt for the slaves. Besides, people believed the Roman state system was exemplary, so the education was imbued with this idea. Education in Ancient Athens had a goal to bring up a fully developed person, who could sing, dance, read, who had excellent oratorical skills, and whose body was perfect – beautiful and strong.

Soon after the Roman Empire collapsed and Christianity spread all over the known world, education traditions began to change. The Middle Ages came (V-XVII century), and the church took over the education system. At those times, the goal of education was the soul salvation, and the knowledge source was the Divine Principle. Religious ideas of Christianity influenced culture in general, and the upbringing in particular. 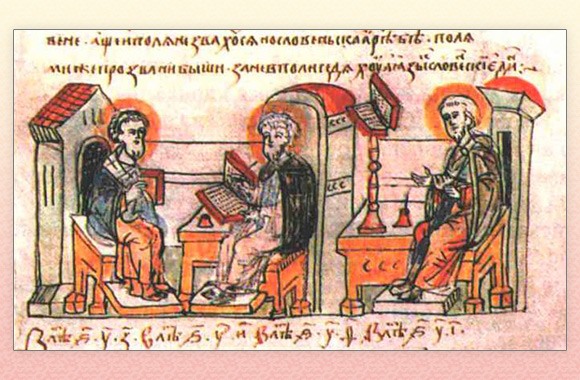 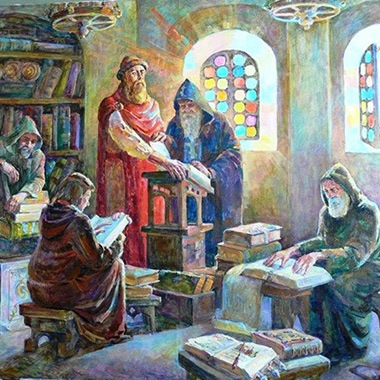 Let’s move to the right of Western Europe, where the state of Kyivan Rus flourished in IX–XI centuries. At that time, there was a huge demand for educated people who knew how to keep land records, make laws and could cooperate with governors from other states. Another breakthrough change was the invention of the Glagolitic and Cyrillic alphabets, constructed by Saints Cyril and Methodius.

Changes in the state’s political status caused schools to emerge. For example, Volodymyr the Great was inviting the kids of noble parents and the clergy to master reading and writing, as well as the sciences.

Still, the most remarkable figure of that time was Yaroslav the Wise. He founded the library at St. Sophia Cathedral in Kyiv in 1037, where countless books were kept. Pupils in his educational institution studied 17 disciplines. This school was quite known far beyond the state’s borders!

In the schools of Kyivan Rus teachers used Church Slavonic language, which was known by most people. In Western Europe, on the contrary, they used primarily Latin, a language that an ordinary person couldn’t comprehend.

During the Renaissance (XIV-XVI century), education was based on the ideas of humanism, with a person as a focal point. Teachers of that period were upbringing a fully developed person, who is capable of making positive changes in the society. Kids’ intellectual qualities were encouraged no less than physical abilities. Children studied ancient languages, literature and natural sciences. 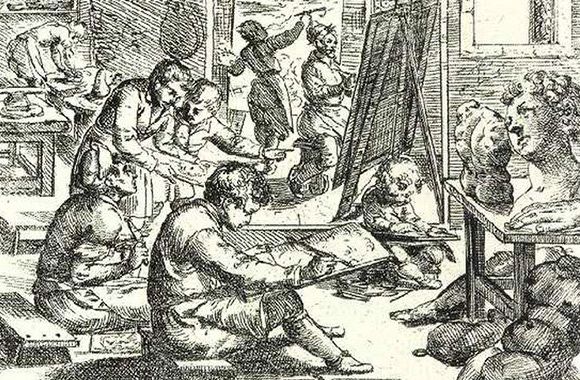 For the first time ever, teachers tried to add games and fun to the learning process. They did it with a view to raising kids’ interest, as well as showing them how to apply knowledge in their everyday life.

At that point, the concept of Jesuit education was also gaining its popularity. Teachers-Jesuits encouraged pupils’ ambitions and competitiveness, creating an atmosphere in which a diligent student was respected by classmates in any event. Social or financial status played no role in there.

Brotherhood schools in Ukraine were founded in XVI-XVII centuries. Much later, they caused the emergence of primary, secondary and vocational schools, as well as higher educational institutions.

These schools were accessible to everybody, that is, any person, regardless of his financial status, nationality or social origin could receive a decent education. Pupils of Brotherhood schools were kids aged from 6 to 12. Tuition fees were paid by parents and depended on their income.  Children from poor families studied for free.

The first school of this type was founded in L’viv in 1586. And in 1615 the Brotherhood school in Kyiv was established. Later, it was merged with Kyiv Pechersk Lavra school founded by Petro Mohyla. Briefly, this is the history of the National University of Kyiv-Mohyla Academy. In fact, it’s the oldest University in Ukraine; it resumed its work in the 90s of XX century and is working now! 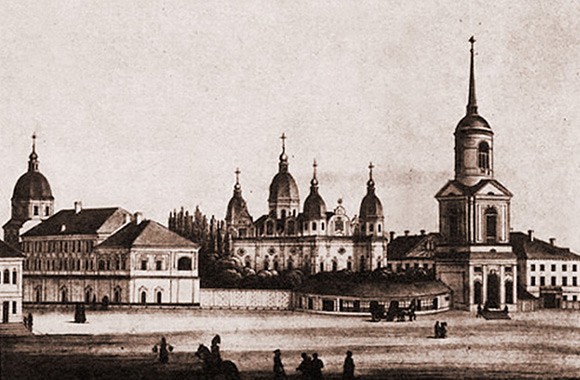 Teachers in this academy stuck to ideas of Jesuit education. Besides, every Saturday students participated in debates to test the knowledge gained during the week. Many important figures were present at these meetings. You could meet community members and even hetman himself!

The period of Modern History falls on the 17th-19th centuries when science, culture, economy, and trade were developing actively. Therefore, the previously existing education system no longer met society requirements. People started to understand the irrelevance of bringing up civil servants or clergymen. 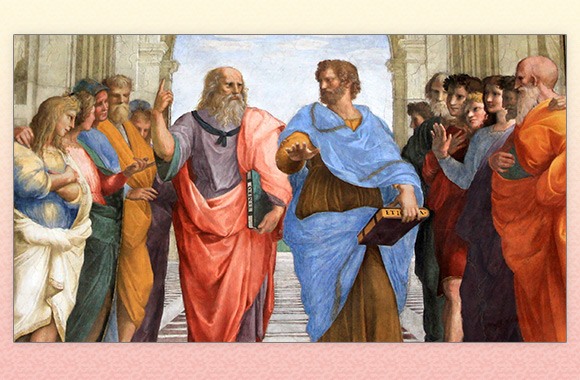 Pedagogical principles were changing dramatically. In the middle of XVII century, a Czech teacher John Amos Comenius proposed a new method of education, the so-called didactic. He describes his concept in the work “The Great Didactic”. One of his main ideas is the introduction of a set lesson time and a fixed group of pupils – in simple words, a lesson and a class.

Comenius explains the need for visibility in teaching and indicates the basic principles of the pedagogical process. The scientist gives value to the process of upbringing and nurturing when he speaks about school as a place where kids study humanness.

Another scientist who contributed to the pedagogy development in XVIII century was a French enlightener Jean-Jacques Rousseau. Rousseau supported humanistic traditions and was the first to come up with the idea of natural education. As Rousseau stated, education should be based primarily on the interests and needs of a child. The scientist rejected the idea of authoritarianism. Instead, children’s freedom and comfort are the main theses of Rousseau’s pedagogical concept.

The Industrial era (mid 18th – early 19th century) is the time when machine production finally got about. That’s why smart people, who know how to perform tasks accurately and work in unison, were in priority.

Mass public school is a new stage in the world education development. First educational institutions of this time were founded in Western Europe. Kids in Germany were the first to obtain free primary education. After some time, it became widespread in the US and France. Although they offered only basic subjects in these schools, it was enough to satisfy all the social needs of that time.

At that time, Bell-Lancaster method of education was commonly used. It implied that older or stronger schoolers taught younger or weaker pupils under the guidance of teachers.

The whole learning process became regulated. Unified curricula, grading systems, and examinations, as well as documents about graduation were introduced in schools. Besides, the number of subjects taught in primary school increased. In addition to writing, reading, and arithmetic, children studied natural history, geography, history, physics, and crafts.p>

The main goal of the mass school was to give education everybody regardless of social status.

In the late 19th – early 20th century a lot of old traditions became less important. Everything changed, and many of those changes are relevant up to these days. For example, the Montessori Method, which is based on Rousseau’s ideas of free education, is still practiced all over the world.

Maria Montessori, an Italian defectologist believed the kid’s positive emotions can guarantee effective and quick information learning. If learning is emotionally neutral, information may be much harder to remember. Of course, acquiring knowledge in a negative atmosphere may cause its complete ousting from memory. Human memory is constructed so that it helps us forget bad moments and it hurts us less. 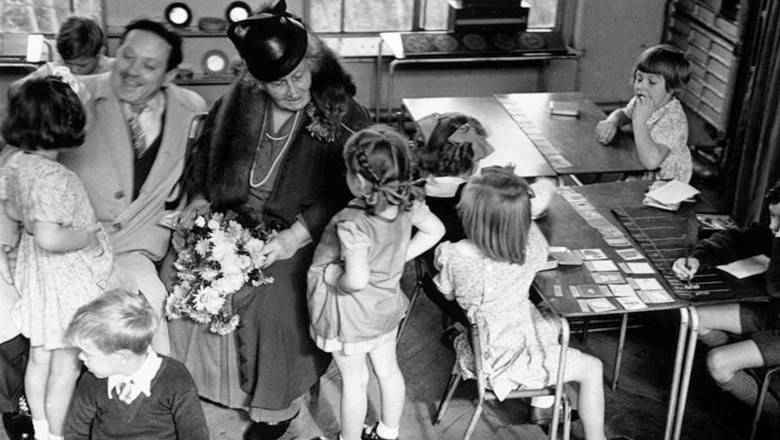 In the early 20th century scientists Binet and Simon studied human intelligence and came up with the IQ (intelligence quotient) notion. Back in the 1960s, this test influenced many people’s careers and education! However, over time scientists understood they can’t define a person’s intellect without taking into account cultural and personal characteristics.

Pragmatic pedagogy ideas got popular as well. This school is based on the needs and interests of a kid. Children were taught to be independent, capable of solving any everyday issues. In the US and Western Europe of those days there appeared experimental schools where children were learning in accordance with the reform pedagogy ideas.

By the end of XX century people started to question the relevance of existing education principles. As the information age arrived, the liberal arts education no longer catered to the needs of a changing society. Therefore, in 1961, five areas of study became mandatory in the United States: English language and literature, mathematics, environmental studies, social sciences, and computer technology. That relates to England, Japan, Germany, and other countries too.

As you can see, pedagogical ideas are connected with general tendencies in society. In all times, a school is a place where kids are taught to live in a particular age. The 21st century is no exception! We’ll tell you more about it next time!