Women and Girls Changing the World of Science

Until quite recently, the gap between the number of males and females engaged in science was huge. However, the situation is changing every year thanks to the popularization of STEM ideas among young people. If you have doubts, just keep reading and learn about the most daring, forward-thinking and talented girls and women of the last twenty years.

Besides, February 11 is the International Day of Women and Girls in Science! Let’s celebrate together by looking back at their inventions and appreciating their talent and developments. After all, these innovations make our lives safer and more fun!

Scientist Gitanjali Rao was born in 2005. In spite of her young age, she is making our planet a better place! Rao has joined other scientists who are addressing the global water crisis in their work. 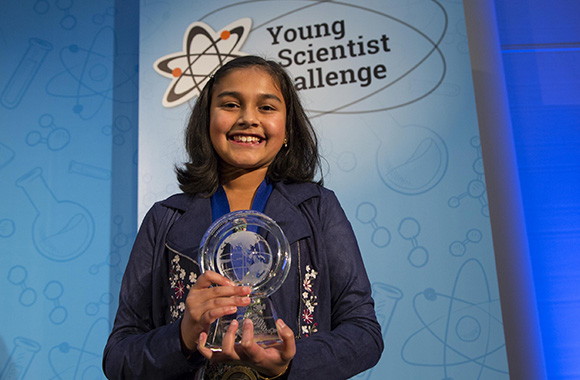 Being concerned about this issue, Gitanjali Rao came up with the idea of measuring the lead content in water. As a result, she invented an innovative device based on carbon nanotubes.

While working with a 3M research scientist Kathleen Schafer Gitanjali, she won the Discovery Education 3M Young Scientist Challenge, an annual competition among the US middle school students. She was awarded $25,000 for bringing her idea to life.

Her invention is called Tethys and it consists of a 9-volt battery, a lead sensing unit, a Bluetooth extension, and a processor. If lead is detected in water, the resistance of carbon nanotubes changes. The information is then sent via Bluetooth.

Gitanjali Rao gave a TEDx Talk in Nashville back in 2018. We highly recommend you to watch it!

Everybody is well aware of the need to save water. You can do it by turning off the faucet when brushing your teeth, repairing dripping taps fast, and never turning on a half-empty washing machine. Still, there are many countries where people never think of it. It’s not because of their indifference or selfishness. The only reason is the shortage of clean water in those regions.

Pujita Tangirala’s project gives developing countries a possibility to clean water from dyes. As a seventh-grader, she presented her invention called “A Green Low-Cost Absorbent for the Removal of Dye from Aqueous Solutions” at the Synopsys Science & Technology Championship. Becoming a winner, Pijita proceeded to compete for Broadcom MASTERS award. She won there as well. 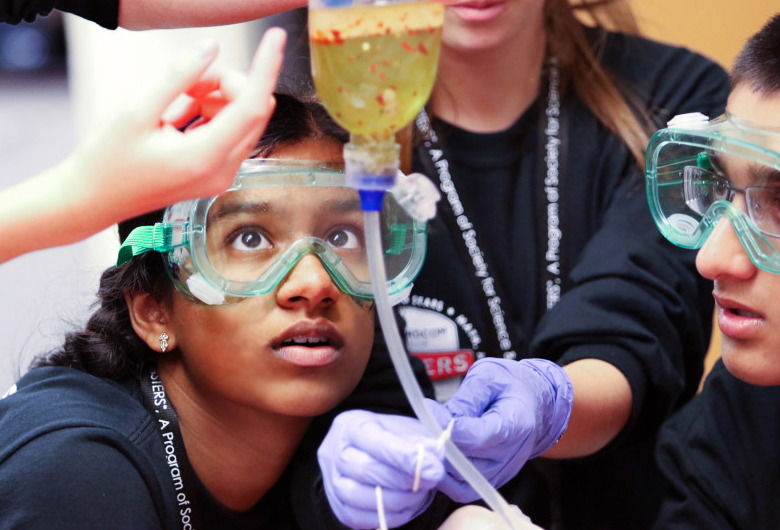 Her project doesn’t make water clean enough to drink it; however, it significantly improves its quality. As Pujita says, most dyes are poisonous, so using unclean water for the watering can cause plants to die. It also may kill fish living in polluted ponds. Besides, all those dyes remain in the soil for a long time, and their effects are devastating.

The filter developed by the girl doesn't require electricity for its functioning. The secret is the antioxidant properties of tea leaves, which can remove up to 99% of blue dye from water. Thus the filter is 100% safe and affordable for using worldwide.

Meghna Behari is a teenage girl whose invention is intended to help solve the world water crisis. At the age of 14, she created the Aquabot, a platform designed to test and monitor the surface water quality. It is a wireless device with remote control, so it can be easily used in hard-to-reach places. 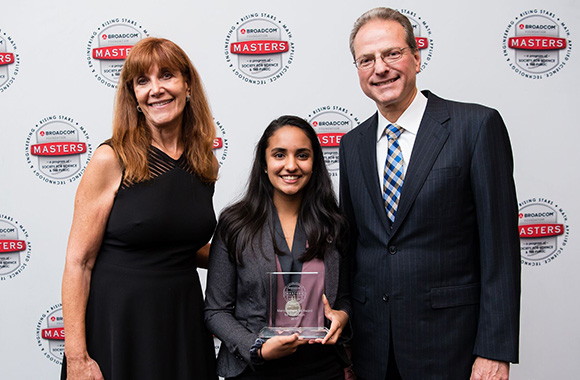 Aquabot is a modular robot. Behari created temperature, conductivity and acidity (pH) modules in it. Besides, the robot contains Arduino and Bluetooth sensors providing wireless data transmission to a computer. Aquabot also has a motor system and a remote control chip. What’s more, the girl created propellers for the robot on her own, using a 3D printer.

Meghna Behari has made a video telling about her invention. Do you want to hear what inspired her to create Aquabot and see the robot in action? Here you go!

Anushka Naiknaware became the youngest winner of the Google Science Fair! In 2016, she presented a prototype smart bandage that alerts doctors about the need to change the bandage. This project is a huge breakthrough! 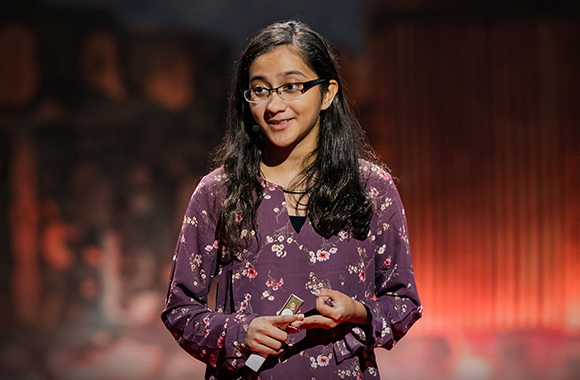 Undoubtedly, this innovation will save many lives. The point is that deep wound proper healing requires moist environment. On the other hand, checking or changing bandages too frequently can worsen the wound condition. Anushka’s invention addresses the issue since it obviates the need to remove the bandage and check the wound.

The young inventor received a $15,000 scholarship and a free trip to the headquarters of the LEGO Company in Denmark. She also won a year’s worth of mentoring from the company’s executive! Well-deserved reward! 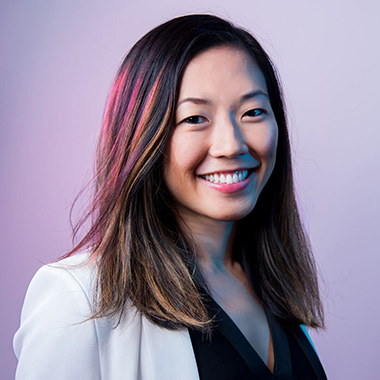 You’ve most probably heard those stories about Mark Zuckerberg, Steve Jobs and Bill Gates leaving their universities to follow their dreams. That is exactly what Alice Zhang did. This young girl withdrew from a Ph.D. program at UCLA to launch her own project.

Alice is a co-founder and CEO of Verge Genomics, a company that develops drugs for complex diseases. The team of talented mathematicians, neurologists, computer training experts, and biotechnology specialists use artificial intelligence to understand the disease better and find ways to overcome it.

Many world-famous scientists recognized Zhang and her team’s researches as innovative. What’s more, Alice received a Paul & Daisy Soros scholarship back in 2012. Besides, Forbes magazine named her in Forbes 30 under 30: Science.

The girl says AI can help find the cure for many serious diseases. The key is in overcoming the barriers between industry, the scientific community, mathematical computation, and biology.

At the age of six, Zoe found her main passion in life. It inspired her to develop a scientific project and also helped find her vocation and choose her future career. 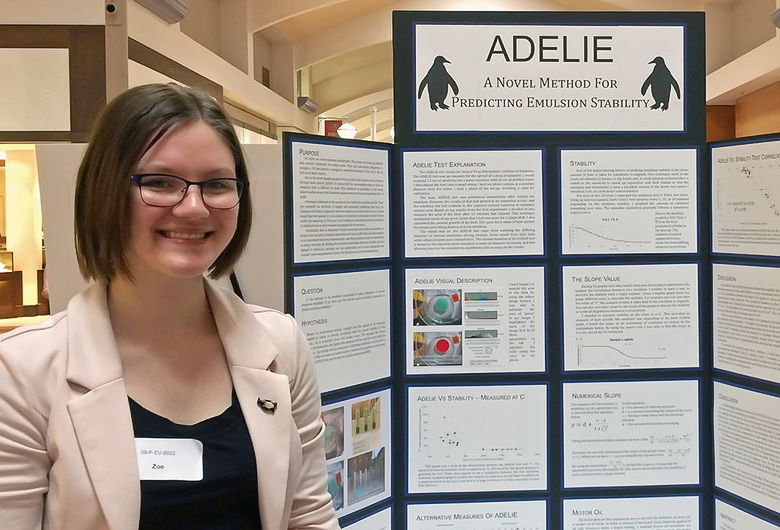 Can you believe it’s all about penguins? The girl was obsessed with books about penguins and was always gathering information about these stately birds. One day Gotthold read a book about the crash of the ore carrier near the coast of South Africa in 2000. The tragedy led to more than 1,300 tons of oil spilled into the sea.

That caused a huge damage to wildlife since oil emulsions formed below the water's surface led to bird poisoning and ice fractures. The story impressed Zoe so much that the girl decided to find out how long an oil emulsion could stay stable under the water.

Researcher Zoe took some rapeseed oil and prepared tinted water. She conducted a series of tests to find the factor that would help determine the stability of an oil drop to the water. It took some time, and as a result, she applied for participation in the Broadcom MASTERS science competition. Her methods were recognized as original and innovative. Committee members also said Gotthold developed her own test methods for checking the thickness of emulsion. 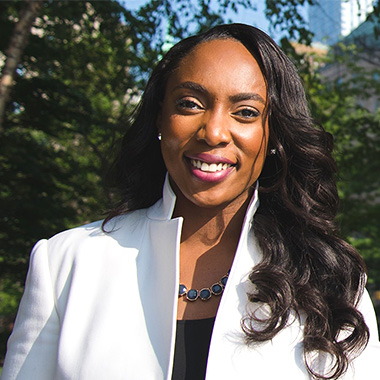 Jessica O. Matthews is a founder and CEO of the Uncharted Power Company. She calls herself “the perfect mashup between Bill Nye the Science Guy and Beyoncé”.

During her junior years in college, Jessica became one of the inventors of Soccket, a soccer ball that uses the kinetic energy from a strike or throw to create a renewable portable power source. One may think Soccket is is just another gadget for fun and play, but it surely isn’t for those without stable access to electricity. For them, this soccer ball may become an easy and efficient way to change their lives for the better!

Over time, Jessica founded Uncharted Play, a company that makes energy-producing jump ropes and skateboards. She rejected the idea of creating a company that manufactures toys and sports products. Instead, the girl focused on developing a large-scale project aimed at providing developing countries with stable access to electricity.

Jessica O. Matthews is an example of how out-of-the-box thinking can change numerous lives for the better!

Not sure if we live to this point, but there’s no doubt it will eventually happen. As some scientists, SCIFI movies and Elon Musk himself claim, humanity will have to migrate one day. The destination is Mars! The greatest scientists of our time are handling this challenge right now. And Tiera Fletcher is one of them! 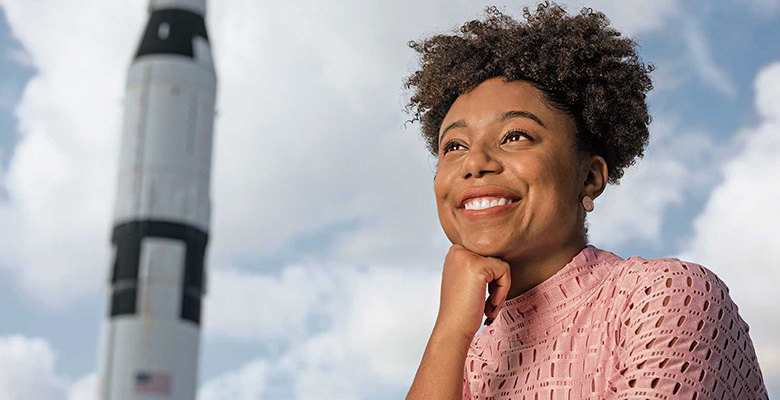 Back in 2017, the girl graduated from MIT (Massachusetts Institute of Technology). She was soon offered a job at the Boeing Company, an American manufacturer of airplanes, rotorcrafts, rockets, satellites, and missiles.

These days Tiera is one of the leading engineers and designers working on the Space Launch System for NASA. Their goal is to create the safest, fastest and largest spaceship to transport humans to Mars! Together with other scientists, Tiera works on the exploratory upper stage of the spacecraft that helps complete its launch. She is the youngest in the team!

There’re more girls and women in science than you can imagine! The world sees the emergence of new bright minds every day. They’re here to make our planet a better place, so that people, animals and all kinds of technologies can live and help each other. If not, they can happily board a huge spaceship and head for Mars.