These days science and technology develop at a rate of knots! A lot of young daring people contribute to this by facing their rivals in contests, competitions, and Olympiads. Such competitions are held in the name of science throughout the world. In this article, we’ll tell you about some of them.

Genius Olympiad was originally founded and organized by the Terra Science and Education and is hosted by the State University of New York at Oswego (SUNI). The competition is held annually in New York in late June. High school students come from all over the world to take part in it. The minimum age requirement for student participants is 13. They also must have a high level of English. 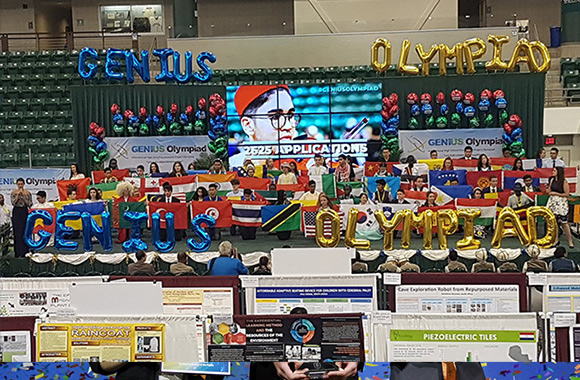 Young scientists compete to find innovative solutions to environmental problems. In this way, organizers seek to inspire schoolchildren to treat the environment thoughtfully and carefully. Besides, they aim to inform the public about global environmental issues. Contestants present their projects in five categories: robotics, business, science, VPA, and writing.

All participants receive a Genius Certificate for their ambition and participation. Projects of each discipline are judged and awarded separately.

Do you think Genius Olympiad needs you and your talent? Read more here: https://www.geniusolympiad.org/.

VEX Robotics is acknowledged to be the largest robotics competition in the world according to the Guinness Book of Records! It is presented by The Robotics Education & Competition Foundation and students of all ages are allowed to participate. 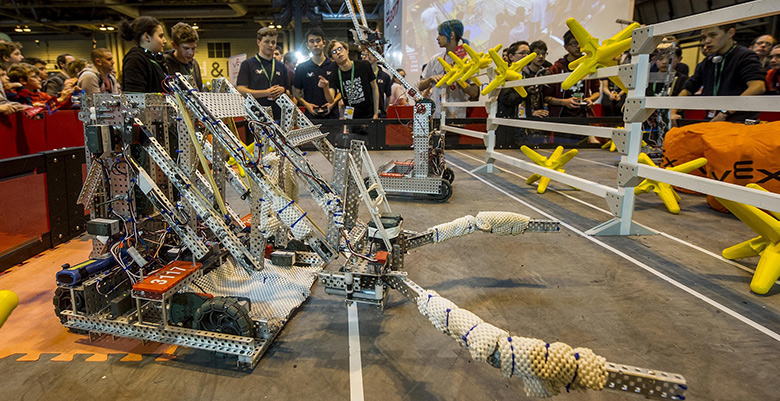 Participants compete in teams. Each team is tasked with designing and constructing a robot and will later compete with opponents in a game-based challenge. Tournaments are held all year round around the world and culminate at the VEX Robotics World Championship in April where winners are invited to show their paces.

The main goal of the competition is to show school kids that science, technology, engineering, and mathematics may be utmost exciting! For participants, it’s a great chance to develop leadership and communication skills, and also learn more about working in a team.

Are you ready to test your abilities? Check the link! https://www.vexrobotics.com/vexedr/competition

IGEM is an international competition in synthetic biology that is held by the International Genetically Engineered Machine nonprofit organization. The competition was first held in 2003 as an independent competition at the Massachusetts Institute of Technology (MIT). 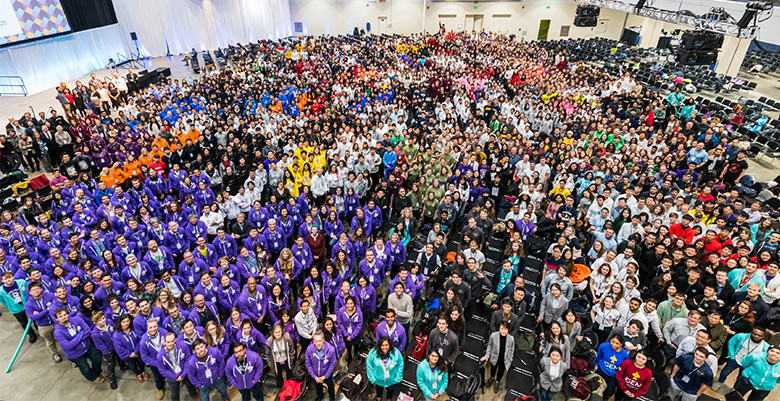 Anybody can participate, so if you're interested, you should start with paying the registration fee. Then, you’re supposed to go through several competition stages. Every team gets a pack of standard biological parts called BioBricks and works all summer long to create genetically engineered systems in living cells, from bacteria to mammals. Participants work in their home countries, but the final presentations and awards are held in Boston.

The competition goal is to make the world a better and safer place for all the living creatures. If you can’t imagine your life without biology, we recommend you to check the link: https://igem.org/Main_Page.

Intel ISEF is the world's largest pre-college science competition held in the US by the non-profit organization Science Service. It aims to identify and support young gifted scientists. Besides, Intel ISEF encourages technical creativity and promotes the development of fundamental and applied sciences. 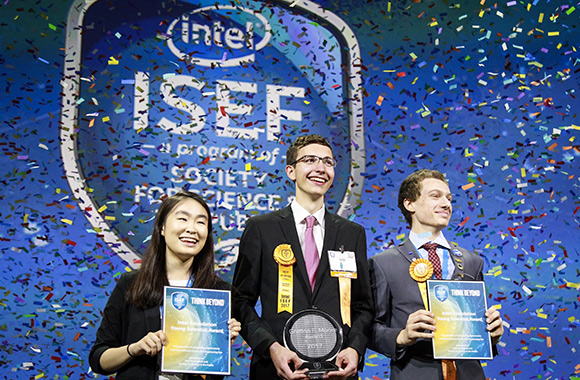 In case you’re already about to contest, you should keep in mind that you first have to become the winner of the regional and national Intel ISEF. Only in this way can you get invited to the international Intel ISEF competition.

The competition is worth participating in! Judge for yourself: cash rewards range from $500 to $75,000; furthermore, more than twenty Nobel* and two Fields medal** awardee were Intel ISEF winners at some point.

Don’t you want to share your innovative idea? If so, start here: https://student.societyforscience.org/intel-isef.

* The Nobel Prize is a set of annual international awards bestowed in several categories by Swedish and Norwegian institutions in recognition of academic, cultural, or scientific advances. ©Wikipedia

** The Fields Medal is a prize awarded to two, three, or four mathematicians under 40 years of age at the International Congress of the International Mathematical Union (IMU), a meeting that takes place every four years. ©Wikipedia

Google Science Fair is an online competition designed for students aged from 13 to 18. Participants have to develop and test projects to resolve pressing issues of all kinds. Next, they should collect and present the findings and data in diagrams, infographics, etc., and formulate conclusions. And, of course, register and send the project to the competition. 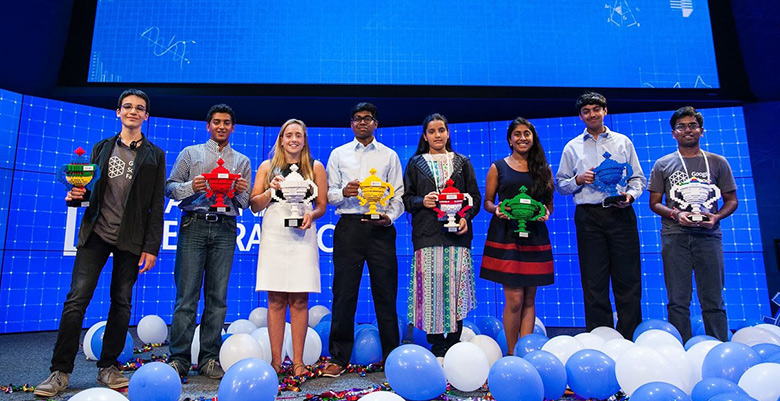 The main prize is a grant of $50,000 for education. Other prizes are a trip to the main Google office, an opportunity to go on a Galapagos Islands expedition or to set off for a sea voyage with renowned scientists from around the world, and much more! There are 179 prizes in total.

Visit www.googlesciencefair.com to know everything about the competition.

Destination Imagination (DI) is an international educational non-profit organization aiming to inspire and encourage a new generation of innovators and leaders.

There’s a bunch of ways to achieve the goal, and one of them is the competition they hold on a regular basis. Participants are kids and students from around the world. They form teams of up to seven people and choose the category to work on, namely Technical, Scientific, Fine Arts, Improvisational, Engineering, Service Learning, and Early Learning. Every team has a leader who facilitates and helps, but does not interfere in the research process.

Throughout 2 - 4 months, teams work on their projects to present them at the regional competition. Then, the best ones get an invitation to participate in the international final contest.

Read more about the competition: https://www.destinationimagination.org/challenge-program/

So, it’s time to check passports, brush up your English, get inventions ready and off full steam ahead – to science adventures!